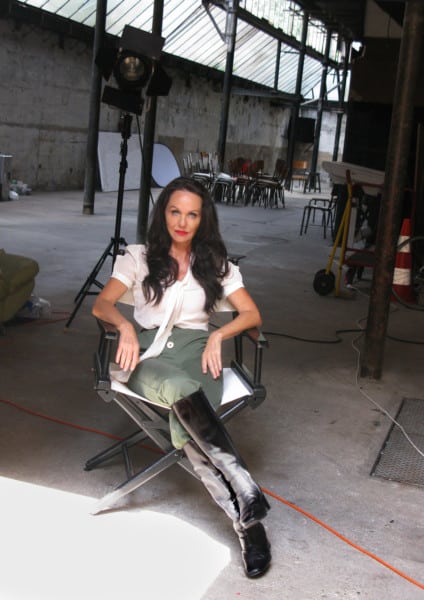 Art Director and photographer Cathleen Naundorf, directs the photo productions and develops the artistic and dramatic aspect of her work. She visualises her vision in storyboards. Each photo shot sequence is explained by her in detail and she gives instructions for the lightening, set design and each movement of her cast and technical crew.

About the print technique and process

Cathleen Naundorf works only with analog cameras, a large format Plaubel Peco 4 x 5 inch and a Deardorff 8 x 10 inch. On her travels Naundorf uses a 6 x 6 Hasselblad and a 35mm Nikon camera.

Each photo shot is drawn and explained in details for her crew. Large-scale preparations make the photo production itself much less time consuming. Allowing Naundorf to do the layout for publications during her shootings and concentrate on the subject himself. 10 – 100 photographs for a production.

Cathleen Naundorf ‘s black and white prints are high value silver gelatin prints which are printed by hand under her control. The prints are made in a dark room from a 4 x 5 or 8 x 10 inch negativ film.
After a contact proof is produced with her notes for development details, a first large print will be produced on ILFORD.
The final silver gelantin print stays for a short time in a selenium or sistan bath to guarantee long term conservation of the print.
In the final step, the photograph will be retouched by hand. Printing of large size photographs takes between two to six weeks.

Cathleen Naundorf mostly works with 4 x 5 and 8 x 10 inch Polaroids. After scanning the original, the colour image will be developed in a bath and printed on Fuji Paper.

The exposed Polaroid will be interrupted during the developing process and transferred on an acid – free paper.
During her career, Naundorf developed her special polaroid transfer technique who gave her photographs a picturesque style. Which she named « Fresco technique » to express her background of the painting. 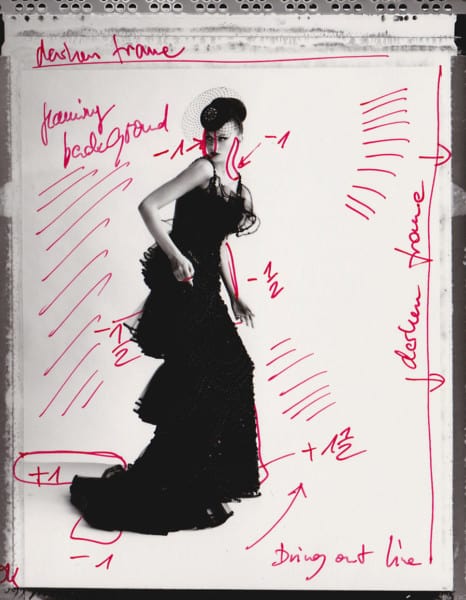